Japan is defenceless against foreign activist investors taking over sensitive technology companies such as Toshiba because domestic shareholders do not step up in a crisis, according to the country’s former economy minister.

Akira Amari, a powerful figure in the ruling Liberal Democratic party who heads its policy group on semiconductors, said Japan’s private sector had “zero awareness” of its importance to national security.

Amari made the comments as Japan considered a tightening of export controls and rules on foreign investment amid growing tensions between the US and China over semiconductor technology.

Last month, activists dismissed the chair of Toshiba’s board, demonstrating their ability to control one of Japan’s most sensitive technology companies with capabilities in nuclear, military, quantum computing and chips. The company remains under pressure to consider private equity bids following CVC’s botched $20bn takeover attempt this year.

“The business community all said Toshiba is so important, but only the activists stepped forward with money — that’s the core of the issue,” he said in an interview with the Financial Times.

Amari’s comments revealed how a contentious law on foreign investment passed last year has not solved Japan’s problem with the struggling or crisis-stricken technology companies most often targeted by activists.

In addition to the scarcity of domestic capital, Amari said Japan risked falling irrevocably behind on semiconductor technology unless it worked more closely with the US to fend off the threat from China.

In the late 1980s, Japan’s chip industry surpassed that of the US to become the biggest in the world. But it has suffered a relentless decline. Apart from Kioxia, which has a large market share in flash memory chips, and Sony, which dominates in image sensors, the country’s chipmakers cannot compete at the cutting-edge.

However, the country still plays a pivotal role in semiconductor equipment and materials, and the US wants to keep Japanese technology out of China’s hands. Tokyo, meanwhile, wants to maintain its sovereign capacity in chipmaking.

Part of Japan’s new growth strategy focuses on strengthening its semiconductor supply chain from an economic and national security perspective, echoing initiatives by the Biden administration. Japan has also agreed to provide funding for Taiwan Semiconductor Manufacturing Company, the world’s biggest chip contractor, to set up a research facility in the country.

“We are moving from a society that uses chips to a society where everything depends on chips,” said Amari. “If we miss this opportunity, we will never be able to close the [competitive] gap.”

It would be difficult for any nation to build an autonomous chip industry, he said. Hence, it was crucial for liberal, democratic countries to work together to keep the supply chain in friendly hands. 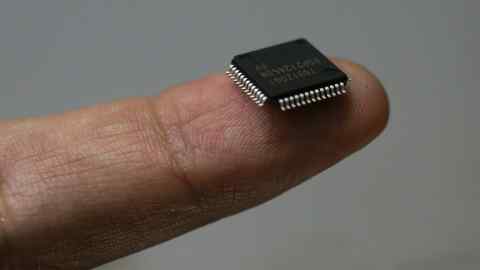 Amari said the US routinely blocked security sensitive deals via the Committee on Foreign Investment in the United States, but Japan was unfairly criticised as protectionist when it did the same.

Chinese investors have made several attempts to acquire Japanese chip technology, bidding in 2019 for Kokusai Electric, a KKR-owned maker of semiconductor equipment. Amari said that some of the companies with the most vital technologies were midsized and did not perceive themselves as particularly valuable.

“Sadly, Japanese business has almost zero awareness of national security. They care about how much money they can make,” he said. “Few business leaders have a strategic vision of how bad it could get five years from now.”

US and UK blame Iran for deadly tanker attack off Oman

Fauci predicts worse to come in US Covid resurgence

US-German gas deal is a disservice to Ukraine