Asian garment workers have been deprived of almost $12bn in wages and severance pay as international retailers cancelled orders and demanded price reductions in the wake of the pandemic, according to a labour rights group.

The Clean Clothes Campaign said that roughly 1.6m garment workers had lost their jobs in seven Asian countries, including Bangladesh, India and Myanmar, with many denied severance pay. Workers in the countries it surveyed, except Indonesia, had on average lost pay equivalent to two months’ wages or more.

As factories across Asia closed down due to lockdowns or cancelled orders, staff were laid off or paid only a small percentage of their normal wages, creating huge issues for workers in an industry where low pay makes saving difficult.

Khalid Mahmood, director of the Pakistan-based Labour Education Foundation, said lay-offs and underpayment in the $2.5tn global fashion supply chain were “not happening in just that one factory in Bangladesh or Pakistan”.

“It’s happening throughout the garment industry [with] garment workers globally being owed $11.85bn,” he added.

Most western fashion retailers moved clothes production away from their home countries to south and south-east Asia decades ago in search of cheaper labour. This has gone hand-in-hand with the rise of so-called fast fashion — very cheap clothes that are meant to only be worn a few times and then discarded.

When pandemic lockdowns hit Europe and the US, many of the world’s largest retailers responded by demanding heavy retroactive discounts or refused to pay for orders, as they initially feared they would struggle to sell clothes. Revenues slumped at some high-street brands, but many large retailers have returned to profitability as lockdowns have eased.

H&M, the Swedish fashion retailer, said it was aware that the hours of many Asian garment workers had been cut due to “prevalent lockdowns across the world and decreased customer demand”.

“There is undeniably a need for structural change in several garment-producing countries with weak social protection systems,” the company told the Financial Times, noting that it had during “these unprecedented times fully stood by our responsible purchasing practices”.

Inditex, the Spanish owner of the Zara chain, which produces most of its clothes in Morocco, Turkey and Spain, said it had paid in full for all orders that had been produced or were in production when the lockdown hit. 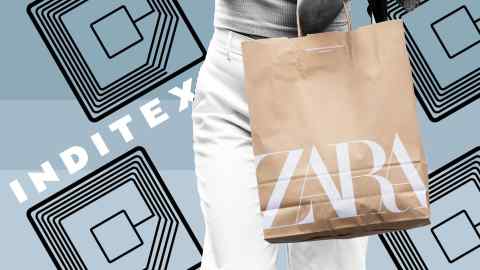 It also said it was supportive of unionisation and collective bargaining in its supply chain “as a way to promote worker rights and fair wages”.

The relationship between international fashion brands and those who sew the clothes has long suffered from a power imbalance.

The fall in prices paid for Asian-made garments, which has been evident for years, had been accelerated by the pandemic, said Christie Miedema, campaign and outreach co-ordinator at Clean Clothes Campaign.

“The speed at which prices are being driven down now is due to the crisis . . . many garment factories are in financial distress after order cancellation and [are] desperate,” she said.

The campaign group warned that as coronavirus infection rates continued to climb across the world, the situation for garment workers was likely to grow worse. It estimated the region’s wage and job losses based on statements from employers, industry and worker surveys as well as media reports.